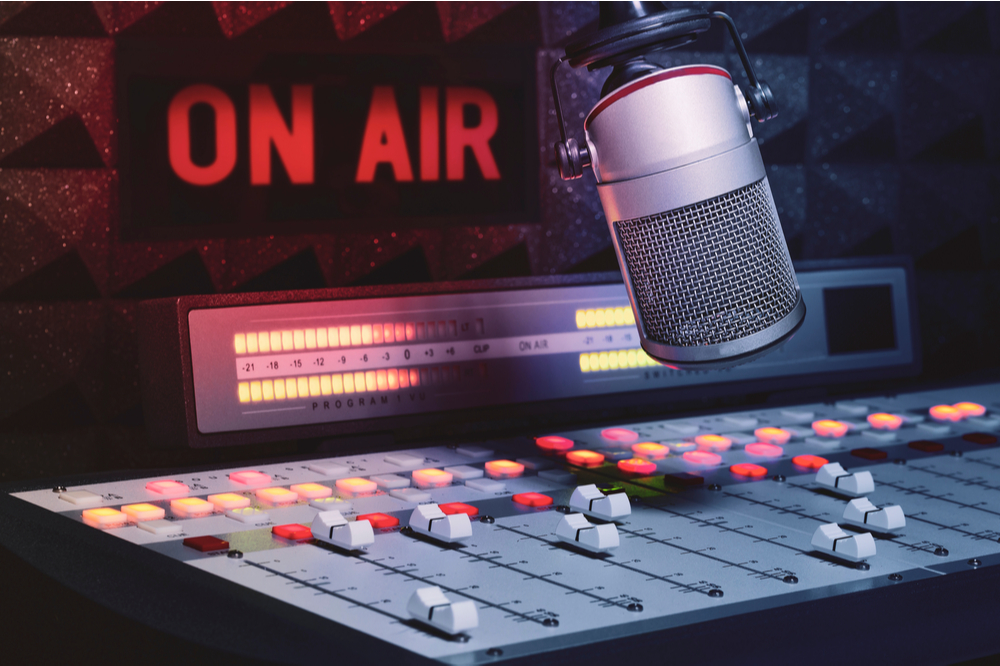 Starting off in the radio industry can be an incredibly exciting time. However, like the start of any career, it can be confusing and difficult to get used to certain aspects. One of the greatest obstacles is often about something as simple as understanding the terms. Here are the most important radio terms that you need to know.

Ad: Advertisement. It is used to promote a business, product or event for a station client via a recorded piece.

A-D Converter: Analogue / Analog to Digital Converter. A system that converts an analogue signal (sound picked up by a microphone or light entering a digital camera) into a digital signal.

Ad Lib: This is when a presenter improvises when something goes wrong. For example, a technical difficulty or when another presenter does not stat on cue. It can also occur when lines or a script is forgotten.

Analogue Signal: An analogue recording will record the exact waveform of the original sound. It will convert it to an electrical signal at the microphone before converting it back into air movement at the speaker.

Attenuate: Reducing the intensity of a sound signal. “PAD” on a sound desk does this.

Automation: Broadcasters to store pre-recorded audio such as songs, ads, interviews etc on a computer disk to be played back automatically.

Auxiliary Input or Return: Route back into the sound desk for a line level signal sent to a piece of outboard equipment via an auxiliary send.

Auxiliary Output or Send: Used for foldback or monitoring without tying up the main outputs.

Back Time: This is when a DJ calculates how much time is left before an event will occur. Predicting back time will prevent a song from finishing too early or too late.

Bandwidth: Range of a piece of sound equipment.

Bed: Audio that is played quietly as the DJ speaks over it.

Buss: Signal line within a sound mixing desk that can receive its signal from a number of sources.

Clean Feed: Supply free from interference from other equipment.

Compressor: Compresses an audio signal to conform within desired parameters.

Com Prod: Commercial Production. This is the department where ads are made.

Cue: Command given to carry out a particular operation. For example, a cue can be used to prepare something to start such as a song.

Cue Light: Used to give staff cues using a light. For example, a red light could mean stand-by while green means go.

Cut: Piece of audio cut down for use. For example, a newsreader in a bulletin may use an audio report. This is the cut.

DAT: Digital Audio Tape. It is used to store audio recordings on.

Delay Unit: Delays audio signal before it goes on air. This can be used in the likes of phone-in shows to prevent offensive language from being broadcasted.

Demo Tape: Used to demonstrate something. Usually a DJ or presenter’s voice.

Distortion: As a result of overloading sound equipment. This is completely undesirable.

Dubbing: Copying sound from one medium to another.

Equalisation: Adjusting the tonal quality of a sound.

Fade In: Audio that gradually becomes louder until it is at its intended volume.

Fade Out: Audio that gradually becomes quieter until it disappears.

Feed: Power supply to a piece of equipment or installation. It can also mean the signal from one system to another. For example, a feed from a concert to a radio station.

Feedback: A noise such as a whistle or a rumble from a sound system. It can occur is a sound is amplified multiple times.

Intro: Music at the start of the song before the singer begins to sing.

How to Set Up the Ideal Home Studio 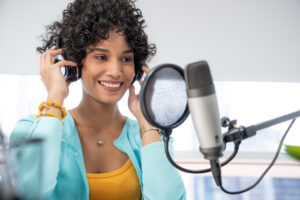 Showprep Tips for Your Radio Show 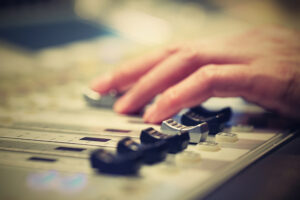 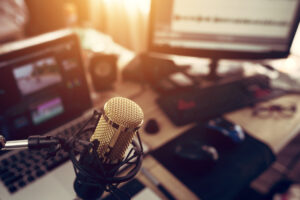